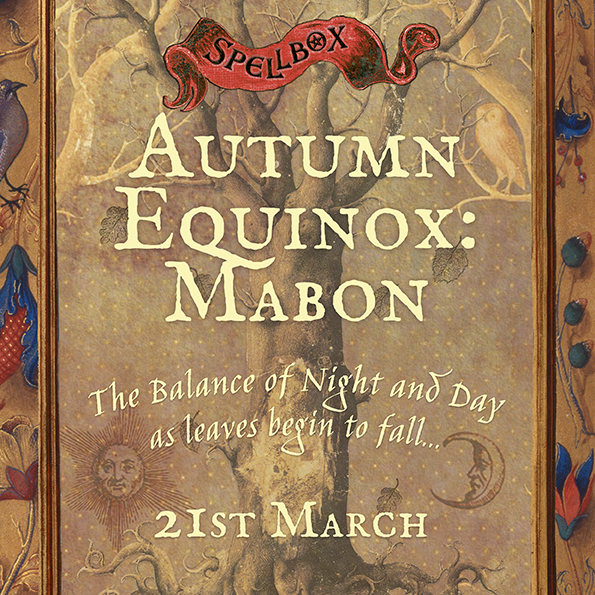 The Autumn Equinox 21st March in the Southern Hemisphere.

The Autumn Equinox is a seasonal gateway, a time when day and night are of equal length.

On the Witch’s Wheel of the Year, this sabbat is called Mabon. It heralds entry into the Underworld, a symbolic realm that harbors the shadow-self and the unknown.

In Greek myth, Persephone, the goddess of spring was captured by Hades and taken to the Underworld. While in this realm, Persephone eats the pomegranate, symbolic of her own ‘shadow’. Connecting with this knowledge, she is elevated from virginal spring maiden to Queen of the Underworld, in full command of the light and dark within herself.

Mabon reminds you of the need to integrate the light and dark within you and to grow through self-awareness. As the leaves begin to fall go within yourself and discovery every intriguing aspect of yourself. 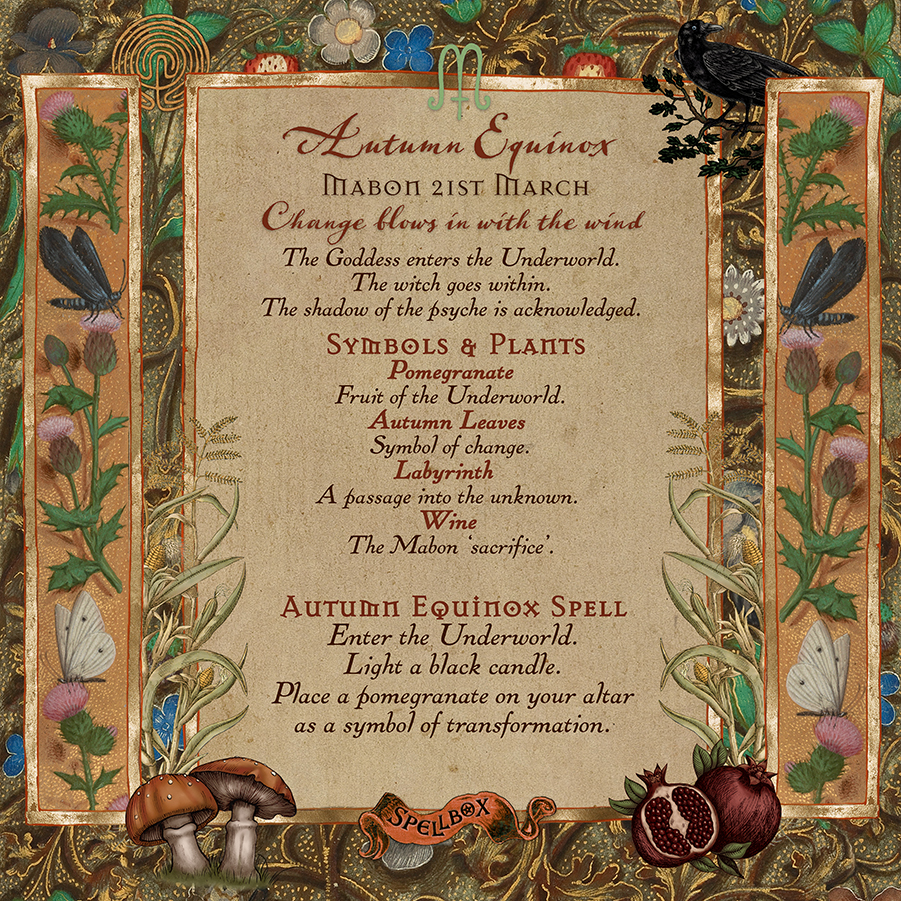 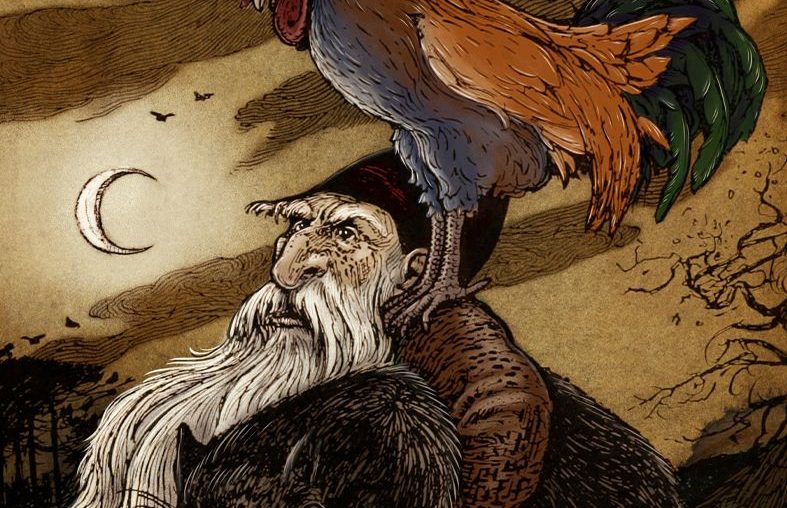